A Good Sense of Humor... When Matt Crapped Himself High Sperm Count A Spork In the Ass When Matt Took Viagra

Kairos is the true story of Matt Frantz, who despite no real high school football experience, decided to scale one of football's highest peaks by becoming a member of the Ohio State Buckeyes.

What separates this story from any other is that he did more than just wear the uniform, he actually became a contributing member of the team, and became the their leading scorer in 1986 and 1987. 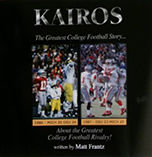 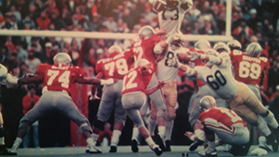